Schwinn is best known for the high-quality bikes they manufacture, rather than their treadmill production. As a company, they have a long history reaching back to its founding in 1895 to its present-day iteration. Schwinn has changed hands a few times due to that long, and not always profitable, history. In the early 2000s, Schwinn was acquired by Nautilus Inc and is now a sister company of Bowflex, Nautilus, and Universal Gym Equipment.

Along with a few treadmills, Schwinn of course still produces a wide variety of exercise bikes, some ellipticals, and fitness accessories.

Schwinn has shaken up the overall look of their treadmill line. The older line was lighter colors such as white, silver, and light grey. This change may have been prompted by the fact that light-colored equipment is much more likely to show sweat and contact staining. Their current treadmills are mostly black with touches of silver and red. However, we noticed at Treadmill Reviews that aside from coloration, Schwinn treadmills have not changed too radically as one series is phased out for another.

The Schwinn 800 series is on the higher end of affordable treadmills, ranging in price from $949 – $1,099. There are only two treadmills in this series, and though they are only separated by a small price gap, there is a large quality difference between these two treadmills. The 830 treadmill has a smaller motor, less of an incline range, fewer workout programs, no Bluetooth, 1-ply belt and other less desirable features. It makes the 830 stack up unevenly not only to the 870 but other treadmills in their price range. 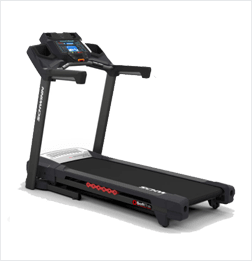 As Schwinn has a long company history, it is not surprising that they have treadmill series which have cycled out of current production. We were able to test a previous series which is very similar to the current 800 series. If you are curious about the older Schwinn treadmills, feel free to read our reviews of these treadmills. 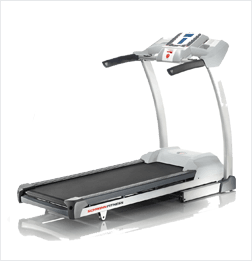 Our Ruling On Schwinn Treadmills

When brands choose to focus on making a couple treadmills, the results range from both are mediocre or one is worthwhile while the other isn’t. In the case of Schwinn treadmills, the 830 treadmill is a mediocre treadmill which is easily outclassed by the 870 and other treadmills in its price range. However, the 870 does have stiff competition and it doesn’t fare all that well either.

Treadmills in the same price range that outclass the Schwinn 830:

The F63 and C990 are two of the best treadmills which outclass the Schwinn 830, but there are others which are likely to be a better fit for your needs.

As for the Schwinn 870, there are a couple treadmills which are in the same price range and are clearly superior.